Someone cursed your cruiser and now you have to deal with poor controls and maneuver as fast as you can to get to your destiny. Will you be able to get the highest score?

This is my attempt to participate in the 2020's Kenney Jam. I started this project about 7 hours before the deadline. I'm sorry if it feels a bit clunky. Hope you guys like it!

Special thanks to Ali and Elotito for staying up late with me on discord. :D

All the other assets made by https://kenney.nl/assets

Hi Luisquid. You can delete me the Cubix link, please? The creator Kenney didn't like it at all, for having affirmed that the "happy emote" was based on Cubix (Ofihombre).

Not identity theft, you claimed I based my sprite on your game sprite and that's untrue.

Ok, I admit it, sorry. I have been carried away by the great coincidence between your asset and cubix's face (ignoring the translucent points of the smile that makes it different), But I had done it without thinking about what you would feel.

On the Internet, one can't really know how it feels to apologize, because everything seems fake.

But if I have admitted that Cubix's face is too basic a pixel art to be something of my own (basically is :) two points parentheses), but my instinct is stronger than myself, and I am led by a simple coincidence.

Hi Kenney, good news, everything is resolved. The creator of Curse Cruiser has removed any mention of my Cubix game. Now I know that due to a simple coincidence between my game and one of your assets it shouldn't have been for as much as I presumed.

Good, also stop harassing anyone else about your game - I noticed you also made a post on DeviantArt and here on Itch.io on someone elses game. Just stop and concentrate on making your own games, and stop stealing from Disney.

The only thing I have from Disney is Wreck-It Ralph, and they are fangames (games made to show your charm and fanaticism towards their favorite books, games or movies), and equally if it could be sued (Also tell those who make Nintendo and Sega fangames with the same argument), On itch.io there are many fangames from many known IPs, and we haven't see copyright claims from their respective companies except for Nintendo.

Even though it is a violation, I have offered what Disney hasn't offered (A playable Sugar Rush with Vanellope and decent modeled characters, for example). In part you would be right, but on the other hand it seems that it defends the Copyright of companies without questioning the cases of scandal, corruption and the monopolization of markets.

Wreck-It Ralph hasn't been a well-used IP, I was disappointed that Ralph Breaks the Internet was only used to show its monopoly by the face and continue to overexploit the "Disney princesses" crossover. That's why I stopped making fangames since the end of 2017, but I have left my mark on that.

That's great, anyway you might want to brush up your legal knowledge because fan games in any way shape or form are an infringement on the rights of the original author. Anyway, have you played Cursed Cruiser? If so, leave a rating - I'm sure the author appreciates that a lot.

This is complete bull, it's a simple arrangement of pixels and before doing the asset pack I've never seen your game. I didn't base anything on something you did and I do not appreciate harassing users over this.

Yeah well you're still harassing other folks and actually trying to claim credit; stop it.

Don't go around claiming this kind of nonsense, I noticed you also claimed some other game using the face you drew. It's a super simple arrangement of only a few pixels and it happens because it's so basic that multiple people could accidentally draw the same thing. Also it's bold you go around claiming others stole from you while you keep creating copies of Disney properties. 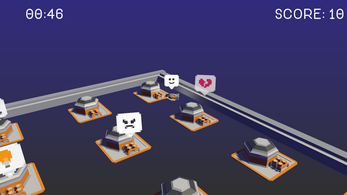 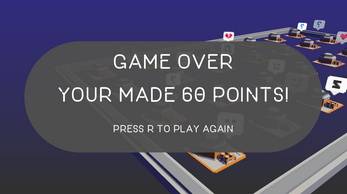 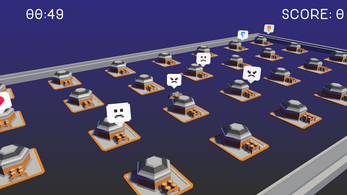 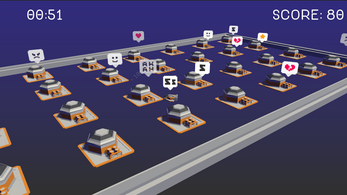 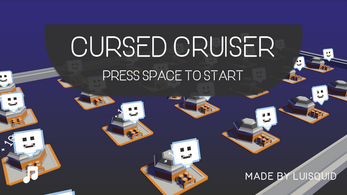